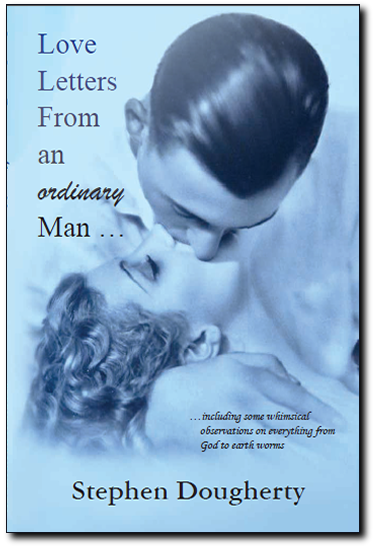 Available at Amazon.com and Barnes & Noble
Available in paperback and electronically in the Kindle version

Love Letters From an Ordinary Man

What you're about to read are samples of daily love letters to my wife Carole. See, I get up early, before sunrise, and I write to her while she is still sleeping. Then I leave the note on the kitchen counter for her to read over her coffee. She began referring to the notes as The Daily Stephen, like it was a tiny newspaper delivered from my brain. The notes kind of morphed on me. I often lose control of my fi ngers, and my morning love letter frequently ends up as a compilation of a love letter, a to-do list, or some whimsical observations about everything from God to earth worms.

Making a long story short; I can't stop. I actually need to write this stuff every morning. If I don't I feel out of whack. Have you ever left for work in the morning and forgot to dab on some perfume or failed to strap on your watch? You feel weird all day long, like something is missing, and looking at your naked wrist ever twenty seconds doesn't make things any more pleasant - that kind of out of whack. But they are Love Letters nonetheless, and that's the truth. No matter what form they take in the fi nal version, lying there on the kitchen counter next to her coffee cup. 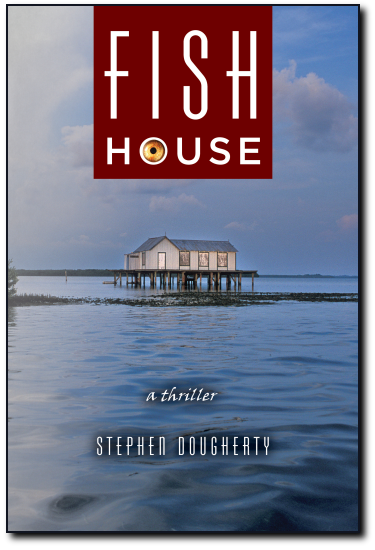 Available at Amazon.com and Barnes & Noble
Available in paperback and electronically in the Kindle and NOOK version

Alex Cole is a fish out of water.

There is a shelf life to corporate heavies like him. Burnt out and trying to recover from the death of his wife, Alex knows it's time to leave the game. So what's a Philadelphia blue blood supposed to do to save himself? Pull up stakes, get out, and try to forge a relationship with the young daughter he hardly knows before it's too late. And the best idea Alex can think of is to buy that fish house in Florida, trading a suit and tie for the quiet, lazy coastal lifestyle. But with conflicts between fishermen, his condo neighbors, City Hall, and a missing luxury yacht looming, his quiet life is about to get loud.

Hounded by his condo-owning neighbors, and legal action by a relentless City Hall he also finds himself in the crosshairs of organized crime when a wealthy mobster sells his luxury yacht—then sends his Cuban thugs to steal it back. The marine patrol arrests those on board and asks Alex to harbor the vessel. Irate, the mob boss arrives with his goons to reclaim his prized boat—but instead sparks a bloody fight with an outrageous group of fisherman. Alex is flailing in deeper water than he's ever been in before—until a surprising alliance between former enemies gives him a fighting chance to mete out some fish house justice!